Social media, be it Instagram, Twitter, Facebook, Whatsapp, Pinterest, Snapchat, or whatever the newest craze is on the block, can be a useful tool in getting your presence felt in this technologically driven world. But as much as social media can be a helpful tool, it can also be a dreadful master. When it dominates every aspect of our lives, there is no other conclusion to arrive at than we have a problem. When we can’t effectively function without having to Snap, Tweet, Post, Pin, or Whatsapp, it may be a sign that something has gone seriously wrong with our faculties. When we prefer spending time and having conversations with our virtual friends, it is time to step back and do some introspection.

I love social media. The idea of being able to stay connected with people across the world, find long-lost friends and family makes this invention one of the wonders of the modern world. It blows my mind that I can sit in the comfort of my living room and have a dialogue with a client in Australia, Uganda, Britain, and places with names I cannot pronounce. I can conduct classes, training seminars, and workshops zooming or skyping with persons on different continents, and it makes life very interesting. Social media is a reminder that we have indeed taken a bold forward from the dark ages into a world where communication rests at our fingertips. But as is true with most things in life, that which has been created or invented for our benefit fast becomes our worst enemy.

Could it be that one of the most innovative inventions of the 21st century will also be our demise? We are slowly becoming emotionally detached, uncaring, insensitive, and anti-social towards humanity that we claim to love so much. Videos and pictures posted on social media often make the stomach churn, and the blood curdles, and as soon as we have viewed them, make a slight comment. We go back to business as usual. Maybe as a people, we have always been like this, but with the invention of social media, our debased traits are just becoming more pronounced. Whatever the reason are we are going down a slippery slope, and there seems to be little hope in sight.

Let’s not even get started on the comments we make when we come to worship at the altar of our preference. If you want to know how much you are loved or hated, comment on something posted, whether in agreement or disagreement, and you will get your answer. When people disagree on social media, the outcome can be frightening. Social media has shown that as much as we can be kind, caring and would move mountains for the people we love, we can also be unpleasant, hateful, prejudiced, and just plain ugly when there is a clash of opinions. Some comments I have come across in discussions are disturbing and often make me ponder the psychological health of our people. But remember what I said before: I love social media! It is a great tool when used responsibly.

The other feature of social media, which I find troubling sometimes, is the length that some of us would go to paint a perfect picture of our lives for the world to purchase. A common saying is that a picture says a thousand words, but on social media, often a picture tells a million lies. People work overtime to create picture-perfect lives they believe will make them more lovable. I am not suggesting that every image posted represents somebody’s fake life, but I say that a lot of what we see has little to do with reality. If we have a keen sense of awareness, we can discern what is fake and what is real. The problem is that many among us have not cultivated this kind of discernment and so fall hook, line, and sinker for the facade of other people’s lives, sometimes to the point of depression. I want to remind you again; I love social media.

On social media, everyone is an expert on things of which they know nothing. A host of would-be theologians, doctors, lawyers, counsellors, psychologists, teachers, and other professions proudly display their credentials from the University of Social Media. It is humorous to read people giving on matters they have not researched and pass them off as facts. People lose all sense of logic and rationality on social media to where they are unwilling to learn from others that shed light on their ignorance. There is just so much opportunity for learning to take place in this space, but most times because of selfishness, impure motives, and mixed-up emotions, it is like biting the bullet. It takes having the thick skin of a crocodile to survive the onslaught that can come from indulging in this space. Still, I love social media!

Whichever platform you prefer, social media is neither a good friend nor a poor master. It is how you use it that will make the difference. We don’t need more social media control; what we need are more responsible human beings. We need people who are emotionally driven by posts and live based on the number of likes they get in a day. We need more people who are emotionally intelligent and can respect the viewpoints of others that differ from their own. We are people who see social media as a place to connect and not a space to vent how much they dislike themselves and the surrounding people. We need people who will treat others as they want to be treated and maybe we will think before we post some of those disturbing images of accidents, maimings, brutality, and violence that we do. Social media should be a space for healthy, responsible people, but lately, our actions have certainly proven otherwise. But when all is said and done, I still love social media. 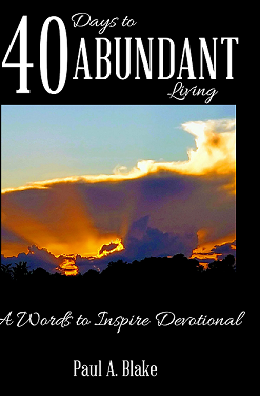